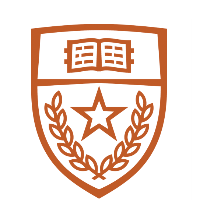 The Moody College enjoys significant endowment resources used to support the work of its faculty.  These endowments are used to reward, recruit, and retain faculty, but more specifically are intended to help faculty pursue excellence in their scholarly efforts and therefore add to the distinction of the Moody College.  Endowments support faculty already performing at a high level and enable them to make even more significant contributions to their field and institution than would otherwise be possible.  Once appointed, holders should regard themselves as “stewards” and expect to be accountable to the spirit and purposes of the endowment.

Endowed professorships and chairs shall be considered the equivalent of a promotion to the next rank above full professor.  Endowed positions are conferred on faculty members who have demonstrated a sustained high level of scholarly (research, professional, creative) accomplishments.  A faculty member must have served in the rank of full professor for five years to qualify for this honor.  Some endowments are associated with administrative positions, are awarded accordingly, and are to be used for the general advancement of the program or unit.

In general, chair positions are the highest endowment honor, awarded to those faculty recognized nationally and internationally as among the very top figures in their area.  They are expected to be leaders both in their field and in their program within the Moody College, using their support to advance both accordingly.  Professorships are the next most significant endowment and are used to support exceptional senior faculty.  Endowment fellowships may also be used to reward other faculty for shorter, fixed appointments, and for special initiatives.  These fellowships are awarded by the Dean, who may consult with other faculty as appropriate.

Nominations for endowed positions may be in the form of self-nominations, department chair nominations, or one faculty member nominating another.  A nomination letter that accompanies the nominee's vita should be forwarded to the chair of the Dean's Advisory Committee.

Prior to the general call for nominations, the Dean shall appoint an Advisory Committee composed of at least four current holders of endowed positions in the Moody College of Communication.  One member should be designated as the Chair.  The Dean shall inform the Advisory Committee of any special stipulations associated with the endowment.

Department Chairs shall submit to the Dean a list of all faculty who have attained the rank of full professor from their department who meet the minimum requirements, whether or not such professors have been nominated for the available endowed position.  The Dean shall provide the Advisory Committee with this list of full professors from each department.  Minimum requirements for a current Moody College faculty member to be considered for an available endowed position include:

1)     at the time of application, the applicant must have already completed five full years at the rank of full professor; and

2)     is continuing to produce quality scholarship (research and/or creative) or has demonstrated outstanding professional activity.

The committee may narrow the list of nominees on the basis of their vitas, but may also request if necessary materials from the regular merit review process of faculty.  If the Advisory Committee judges one or more nominees to be worthy of a favorable recommendation to the dean, they should solicit letters from three distinguished scholars (research and/or creative) in each nominee's field.  These letters should address the nominee's contributions to scholarship (research and/or creative) as well as any other testimony which would support the nominee's distinguished status.  The Advisory Committee then makes a recommendation to the Dean, and the Dean makes the decision concerning who, if anyone, shall fill the vacant endowed position.  The Dean’s recommendation is then forwarded to the Provost for approval.

Note that endowed professorships and chairs may be used for recruiting distinguished scholars from outside The University of Texas at Austin.  The Dean should make this decision after consultation with his/her Advisory Committee made up of five current holders of endowed positions.  In cases of this type, the Dean will not open the endowed position to application by Moody College faculty.

The Dean notifies the holder of the appointment concerning the term, renewability, expectations, period of review for renewal, amount of resources made available through the endowment, policies concerning accrued balances, and expectations concerning communication with the donor.  Once appointed, this notification is made annually to all endowment holders.

3.  Review and retention of individuals in endowed position

Reviews of endowment holders are conducted at regular intervals.  A formal review should be conducted in conjunction with a holder’s six-year post-tenure review.  The holder shall supply the committee conducting such a review (typically the Budget Council or Executive Committee) with an additional report specifically addressing how the endowment has been used with respect to the performance criteria outlined in the letter of appointment.  Annual letters to the donor describing use of the endowment should be useful as the basis for this report.  The committee conducting the review shall communicate the results of this endowment performance review in a brief report to the Dean.  In this case, the report should clearly distinguish between the faculty member’s performance as an endowment holder and other review results.

During the annual merit review process, feedback also should be communicated to endowment holders concerning their performance with respect to the endowment criteria.  A review may occur immediately in the case of egregious conduct inconsistent with the expectations of the endowment and of the institution.