Overview: The WGCNA package (in R) uses functions that perform aĀ correlation network analysis of large, high-dimensional data sets (RNAseq datasets). This unbiased approach clusters similarly expressed genes into groups (termed 'modules') which are then correlated with quantitative or categorical traits measured in the experiment. Modules can be further analyzed using GO, KEGG or KOG, VisANT and Cytoscape. This approach goes beyond a simple 'list of genes' and helps tease apart large, complicated RNAseq datasets into functional clusters that are more easy to interpret.Ā 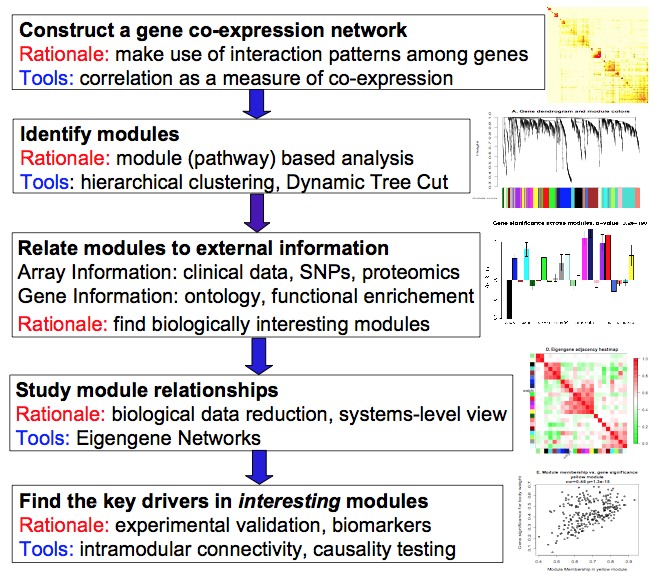 Get set up for the exercise:Ā Ā

If you have not requested an idev session, do so now:

The complete R script has been provided for you, so you run it using R CMD BATCH. Or you can open up an R prompt and run key pieces of it by copy-pasting bits of code from below. This is to understand what the code is actually doing.

Step 1: upload data into R and reformat for WGCNA (This is all run under the R console)

At this point you will need to identify sample outliers and choose a soft threshold power. These are easy to do and are well documented in the online tutorials.Ā  It is suggested that you cluster samples by expression to identify any outliers before this step. This is provided in the attached R script.

Figure 2: Soft Thresholding: from this plot, we would choose a power of 18 since it's the lowest power for which the scale free topology index reaches 0.90 (red line) 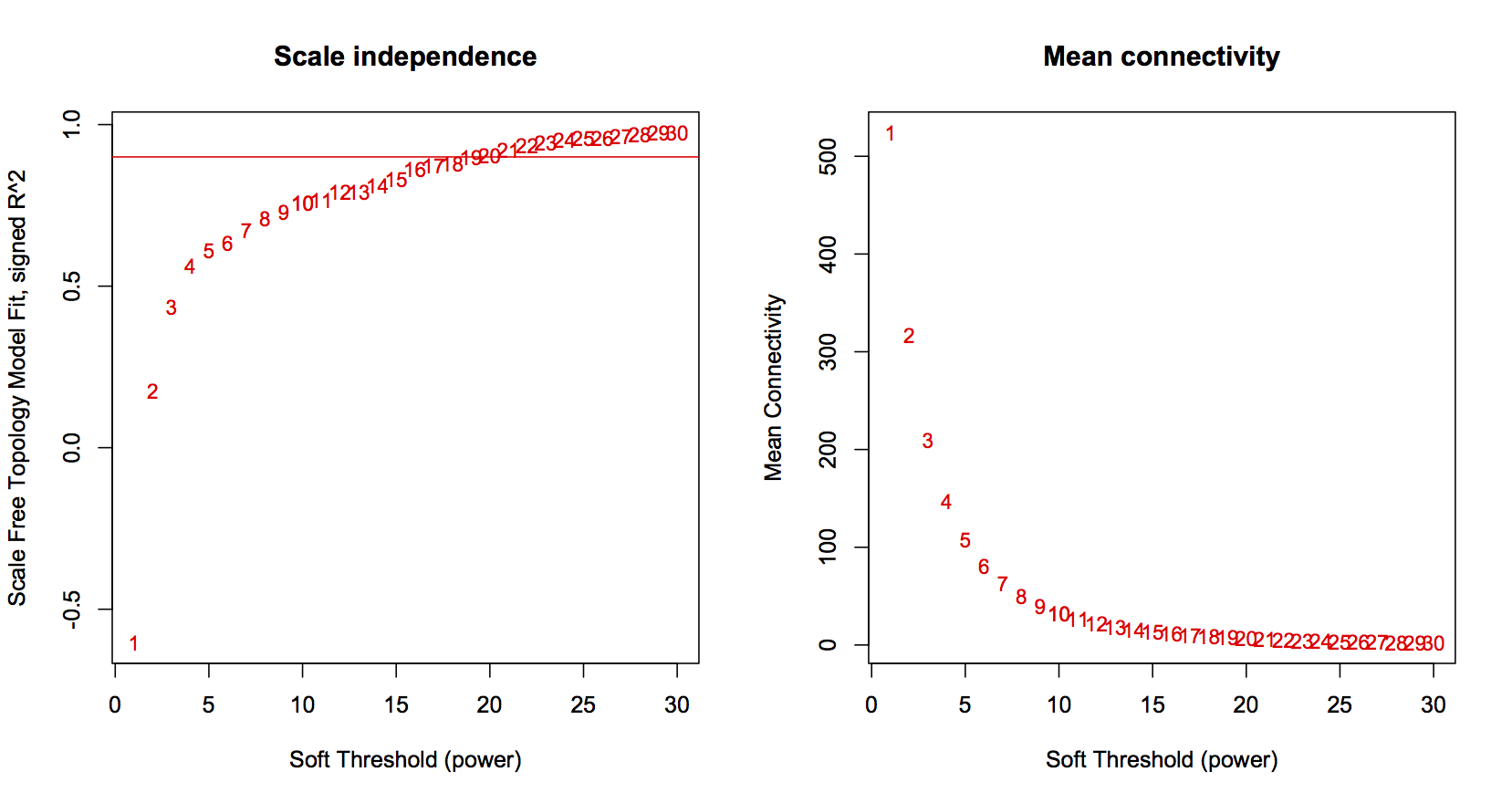 Figure 4: Module-Trait relationships. Color scale (red-blue) represents the strength of the correlation between the module and the trait. For example, the turquoise module is highly significantly correlated with HPF, RedFluoro and GreenFluoro. Each box gives a correlation value (R^2) followed by p-value (in parenthesis).Ā 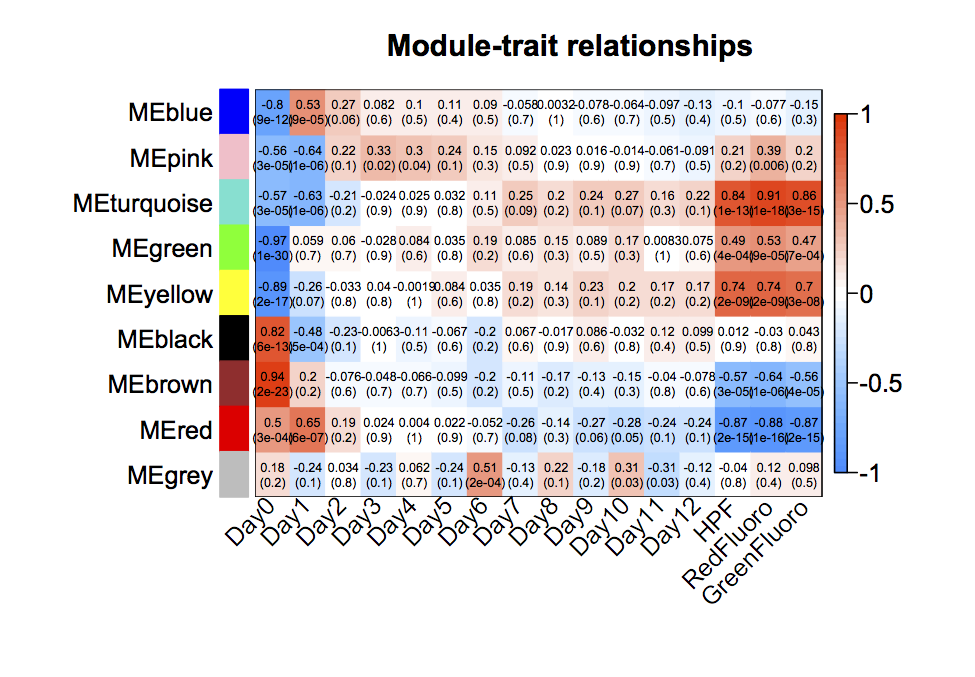 For further analysis, if you wanted to pull out genes belonging to a certain module, you can use the following command: